Anyone who wishes to be Baptised in the Scottish Episcopal Church who has not previously been Baptised aka christening, in invited to contact the Rector.

For babies and young children the parents should have an understanding of not just what will happen at the time of the baptism but also what it is about. If it is an adult or teenager who wishes to be baptised then they themselves must understand what is happening and what the promises they are making mean. While any teenager would be taking on their own promises we would still encourage their legal guardian to be fully aware and supportive of their charge.

In begin Baptised we are following in Jesus’ footsteps. Jesus was Baptised in the River Jordan by John the Baptist. Baptisms at St Paul and St John’s take place in the font situated at the back of the church. You can read about our font here. 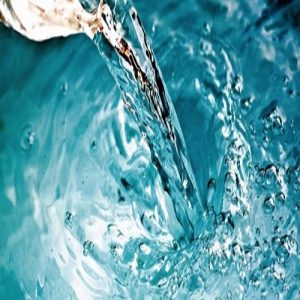 Water is used as a symbol of God’s presence.

Water is symbolic throughout the story of God and God’s people. From the separating of the water from the land in the creation narratives, to the parting of the Red Sea, to the crossing of the River Jordan into the Holy Land. Water brought hope in times of anxiety, places were wells were founded in the answer to prayer were named after God. Water was seen as something that would grant health, peace and security.

In Baptism water is symbolically used to express the washing away of an old life so a new life can begin. 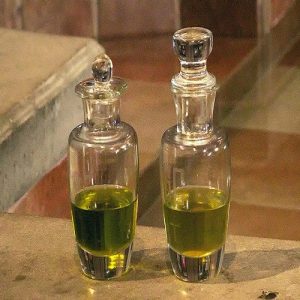 Holy Oil is used as a symbol of the Holy Spirit.

Holy Oil has been used through the centuries as a sign of God’s setting aside someone or something. In Baptism the Holy Oil is used both as a setting aside as belong to God, but also as a foretaste of the blessings of heaven.

The oil of catechumens is used during preparation of teenagers and adults for baptism and for those preparing for confirmation. The oil is smeared on the palms in the sign of a cross. The intent is that it imparts the strength and help in resisting evil until the time of baptism. The use of the cross, is an ancient symbol ‘marking’ us as Christ’s with a symbol of his life, death and rising from death.

The Oil of Chrism is composed of olive oil and balsam. This oil is placed on the crown of the head, after baptism it is the anointing of a new Christian, marking them as no lesser than any other Christian for all are equal in God’s eyes.

The Oil of Chrism is the same oil used to anoint, monarchs and clerics. 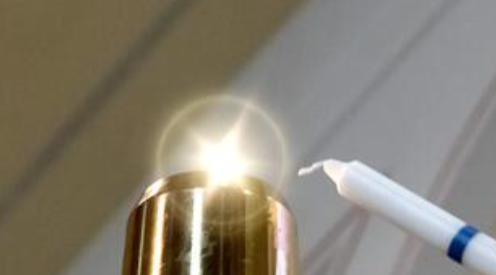 A Candle is given sharing the Light of Christ.

The Paschal Candle is a tall candle in the church which symbolised the Light of Christ and the new life the Baptised is now living.

A new candle is lit each Easter celebrating the Resurrection. The Paschal candle is also lit from Christmas to Candlemas, at Baptisms and Funerals, and at other appropriate times.

A Baptism concludes with the whole congregation, on behalf of the Church throughout the world, welcoming the newly baptised and promising to help them grow in their faith.

If you would like to be Baptised, or have an infant Baptised please contact the Rector who will arrange to meet with you and being the process.